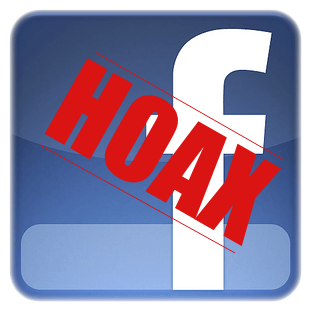 Facebook has always been ripe for privacy hoaxes, and it appears it’s harvest time again on the social-networking giant.

Users of the world’s largest social network were inundated Monday with messages on their news feeds reposted by friends that warn if they don’t act fast, Facebook will be allowed to infringe on their privacy.

The hoaxes play on real concerns consumers have about how their personal information might be used by Internet giants such as Facebook, Google and Netflix, among others, who have in the past been accused of violating their users’ privacy.

One of the hoaxes, which resurfaces every couple of years, warns users to post what sounds like a legally binding statement to their feeds that prohibits Facebook from using their photos, content or personal information without users’ permission.

As of September 28th , 2015 at 10:50p.m. Eastern standard time, I do not give Facebook or any entities associated with Facebook permission to use my pictures, information, or posts, both past and future. By this statement, I give notice to Facebook it is strictly forbidden to disclose, copy, distribute, or take any other action against me based on this profile and/or its contents.

The hoax promises to exempt those who repost the legal-sounding statement from Facebook’s Data Use Policy, a document that governs how Facebook may use its members’ data that they agree to when they sign up to use the service. However, of course, once approved, the contract cannot be altered by users.

The statement goes on to state that violation of privacy can be punished under the Uniform Commercial Code, a set of laws that govern commercial transactions in the US. However, the section cited in the message deals not with privacy but with contract terms that conflict with certain rights.

Another hoax says users can protect their privacy by purchasing a $5.99 month subscription to ensure that their posts stay private:

Now it’s official! It has been published in the media. Facebook has just released the entry price: $5.99 to keep the subscription of your status to be set to “private.” If you paste this message on your page, it will be offered free (I said paste not share) if not tomorrow, all your posts can become public.
The Menlo Park, California-based Internet giant has warned users to be wary of these hoaxes in the past, and the recent round apparently warranted a new but humorous address.

“While there may be water on Mars, don’t believe everything you read on the internet today,” a Facebook post says. “Facebook is free and it always will be. And the thing about copying and pasting a legal notice is just a hoax. Stay safe out there Earthlings!”

Privacy policies across the technology industry have been a jumble of legal jargon for decades, and users have gotten used to just clicking the button to agree and move on. But Facebook has been trying to clear up the confusion, publishing an updated version of its privacy policy last year that tries to boil down the complex legalese into readable English. Users also now see regular notifications alerting them to changes in Facebook’s privacy policies and terms of service.

Facebook’s efforts still haven’t stopped users from fearing the worst. Users have been posting the hoax privacy post, in one form or another, since 2012 according to the Snopes.com website, which debunks urban myths.